“TikTok is not what it appears to be on the surface. It is not just an app for sharing funny videos or memes. That’s the sheep’s clothing,” reads a letter to Apple CEO Tim Cook and Google CEO Sundar Pichai dated June 24. Carr posted the letter to Twitter on Tuesday.

Carr, a Republican commissioner nominated during the Trump administration, said in the letter that TikTok “functions as a sophisticated surveillance tool that harvests extensive amounts of personal and sensitive data.” He urged the tech companies to remove the app from being downloadable.

The letter lists the different ways TikTok’s practices have allegedly failed to comply with Apple’s and Google’s app store policies. Carr also cites a Buzzfeed News report from earlier this month that said TikTok’s US data has been accessed by employees in China.

TikTok declined to comment on Carr’s letter but said it’s addressing concerns around access to US user data.

“We employ access controls like encryption and security monitoring to secure user data, and the access approval process is overseen by our US-based security team,” said a TikTok spokesperson in an emailed statement. “TikTok has consistently maintained that our engineers in locations outside of the US, including China, can be granted access to US user data on an as-needed basis under those strict controls.”

The spokesperson said TikTok will continue to “work on additional safeguards on US data for improved peace of mind for our community.”

TikTok’s Beijing-based parent company ByteDance is no stranger to these allegations. For years, lawmakers and regulators have raised concerns about the platform’s collection and protection of personal user data. The app is already banned from many US government-issued devices, and in 2020, the Trump administration ordered ByteDance to divest TikTok. However, the selloff wasn’t enforced by the Biden administration.

Earlier this month, in an effort to assuage concerns, TikTok said it would be moving its servers containing US user data to Oracle storage locations in the US. However, Carr said, the move didn’t address the concerns raised in his letter.

Carr asked Apple and Google to respond by July 8 explaining why TikTok remains in their app stores.

Apple and Google didn’t respond to requests for comment. 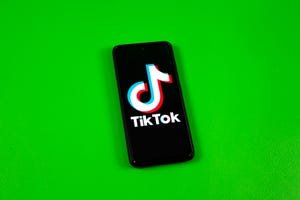 NASA Caught a ‘Sun-Diving’ Comet Crashing Into Our Star – CNET

NASA Caught a ‘Sun-Diving’ Comet Crashing Into Our Star – CNET