The Hilarious British TV Show Everyone Needs to Watch – CNET 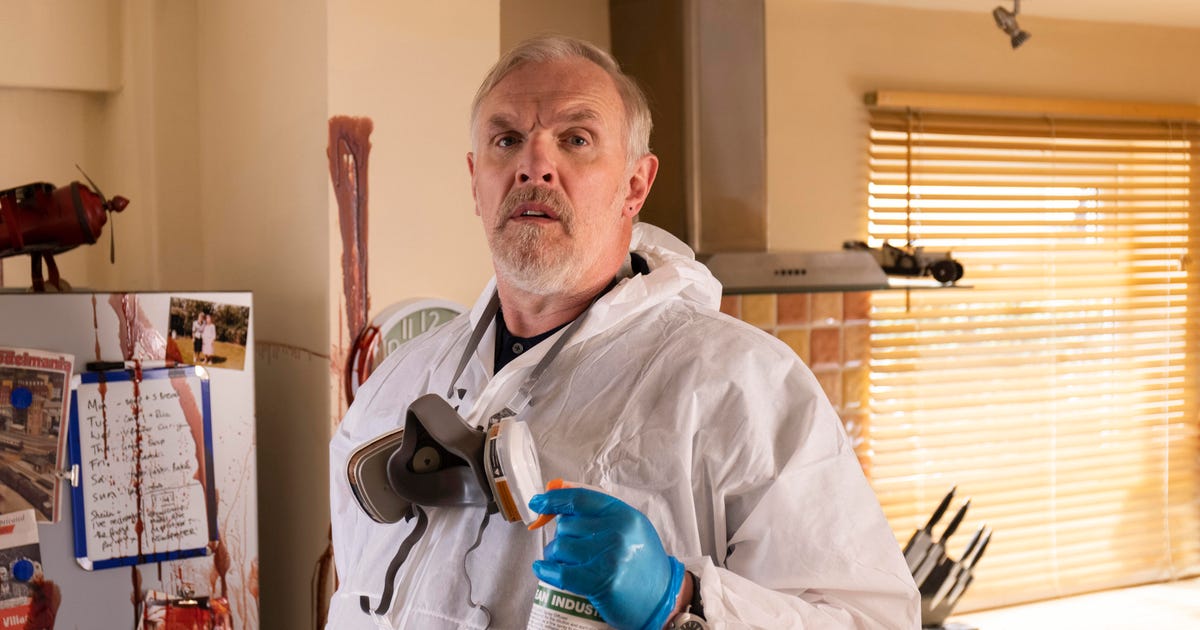 With streaming, you don’t have to discover a show the day it comes out. Stumbling across a great show is just as rewarding whether it’s a year old or an hour old. The Cleaner came out in 2021, but I still feel like I should chase people down on the streets and shout at them to watch every episode. It’s that good.

The Cleaner is a British comedy starring Greg Davies as a crime-scene cleaner whose name we barely learn. (It’s Paul Wickstead, but he goes by “Wicky.”) Wicky’s a giant (Davies himself is 6-foot-8, or just over 2 meters tall) and fears nothing. He’s not afraid of wiping blood and brains off coffee tables and countertops. He speaks bluntly and loudly to the odd variety of people he meets on a daily basis.

Wicky doesn’t even seem to be disgusted by his job. He pulls up in his funky work van, dresses in an enormous hazmat suit and totes in an array of cleaners and sprays. When one nosy customer sprays one of the cleaners on his hand, Wicky calmly tells him that he uses it to melt flesh — before admitting he’s kidding. But ha, dude, keep away from the man’s chemicals.

Wicky is kind of a klutz. He collapses a book shelf, ruining a book autographed by Dylan Thomas when it splashes into his cleaning fluid. (Do not go gentle into that good bleach bucket.) He is briefly kidnapped by a murderer who returns to the scene of the crime.  He shoos away a pet cat that he thought was a stray. Davies delivers all these scenes with a perfect mix of slapstick, bumbling and can’t-look-away charm.

The Cleaner isn’t what you might think of when you hear it’s about a crime-scene cleaner. The show isn’t about the horror of death, it’s about the charismatic and hilarious Wicky, blundering into home after home with his cleaning sprays and his protective gear. He could almost be a meter reader or a letter carrier. The crime-scene job is just a way to get him into a different bizarre situation each episode.

But he does know his murders.

“You only need five stabs,” he complains when meeting that returning killer (played by a big star whose name I won’t spoil here). “Anything else is showboating.”

There’s only one short, six-episode season so far, but good news! The show was recently renewed for a second season — plus a Christmas special. Um, sure? Ho-ho-homicide?

“It was such a pleasure bringing Wicky and his gory career to life and I’m beyond thrilled we get to do it again,” Davies said, according to Radio Times. “So thrilled that I intend not to mention how sweaty that hazmat suit gets under lighting. Put it like this, we had to burn it. Anyway, I’m still excited, thanks BBC.”

Here’s the catch as far as tuning in: I stumbled across The Cleaner on BritBox, the streaming service specializing in British shows and movies. Yes, you have to have a BritBox subscription to watch. I can’t find it on any other service. But BritBox has a free seven-day trial, and then it’s $6.99 a month or $69.99 a year.

It’s a shame the reach of BritBox is so limited. I get it — people are choosing between a zillion streaming services, and something like Netflix, Hulu, or Prime Video has way more options. But Britbox isn’t as limited as you might think. It’s home to an excellent range of movies, Britcoms, and a frankly ridiculous amount of Doctor Who. And if you love Agatha Christie and the royal family, such classics as Blackadder, Last of the Summer Wine, Downton Abbey, and All Creatures Great and Small, you’re in the right place.

If you feel like trying the seven days free, or even ponying up $7 for one month, BritBox is worth it just to meet Wicky, and tackle some crime-scene cleaning humor. 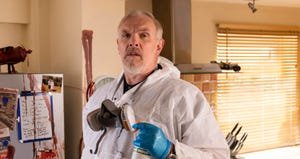