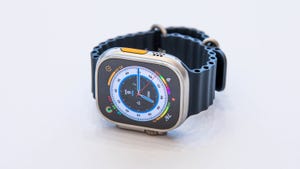 Your Apple Watch Ultra may be more repairable than earlier models, iFixit suggested Tuesday in its teardown report on the new smartwatch. The repair-guide website pointed to visible screws on the outside of the $800 device as an indication that the Apple Watch Ultra will be better suited to repairs than the company’s devices have traditionally been.

On the back of the device are four pentalobe screws that secure the rear case, covering what iFixit revealed to be Apple’s “system in a package” — an enclosed capsule containing the sensor and all the internal guts of the watch. With those being the only screws on the outside of the device, it means the sensor can be replaced relatively quickly and easily, but also that the battery can be accessed only by prying open the display on the front of the device.

Prying open the display is difficult and there’s a high risk of separating the display from the glass while doing so, iFixit said in its report. Behind the display, the battery itself is protected by a metal casing that’s secured with four screws — rather than adhesive — making a battery replacement much easier.

If you want Apple to repair your Watch Ultra, a battery replacement will cost you about $100. Apple will repair “other damage” to the device (which iFixit suggests would be for sensor replacement) for about $500. 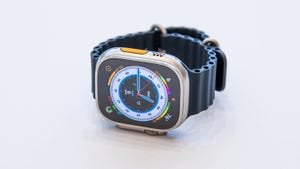 Gemini gets regulatory greenlight in Italy, Greece amid lending halt